These photos were taken this morning at around 8:00 a.m.. We had a great time motoring over to Pugwash from Charlottotown and arrived under sunny skies at the Pugwash Yacht Club. We tied up and went for a walk because the sky was turning dark. Luckily, we got our walk in when we did because it was a torrential downpour for about two hours!

Here is a shot of the graveyard across from the yacht club – I tried to get the black clouds in and almost was struck by lightning in the process! (Dennis thinks I exaggerated). 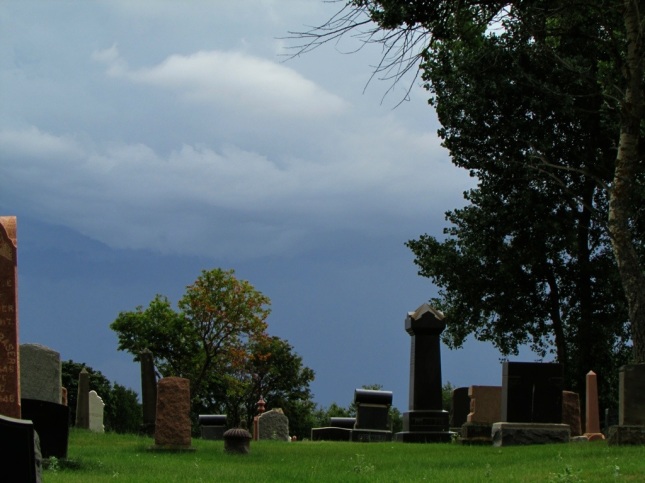 Pugwash has a huge salt mine and makes the Parry Sound salt pile look like a pipsqueak in comparison. 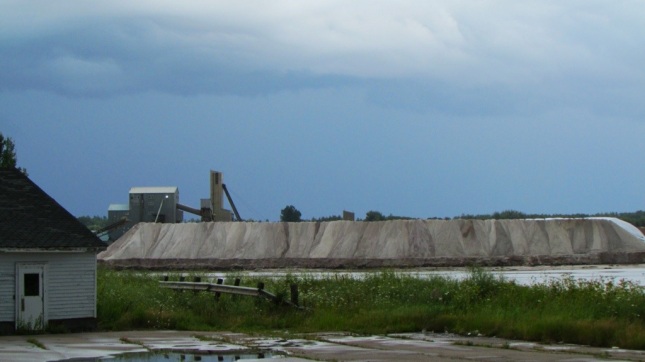 We ended up talking (actually more like listening) to a guy from Truro who mentioned that he wouldn’t bring his old horse to the new Truro hospital :).

Pugwash is very laid back after the exciting times in PEI! We have sunshine out now and there is a seal in the harbour swimming around, so it is is nice. The streets are paved with red stone and look pretty cool.

Off the Borden tomorrow – we will finally see the Confederation Bridge!

Posted by JH on August 5, 2013 in Sailing in the Northumberland Strait