Poor Dennis didn’t get much sleep last night. He stayed up because of the storm. We were anchored in Colbourg but he was worried about the squalls going through. We did have another boater who kept resetting his anchor and then finally gave up and went to the dock. That was good because at one point, he was right on top of our anchor. Hmm…
It actually rained most of the day, which was fine – we certainly need the rain. We motored to Murray Canal and are now tied up here. Uneventful trip except for the swells. There was no wind at all this morning but the swells from last night’s storm were somewhat unpleasant. However, we weren’t out in the open for too long, and as soon as we got in a more protected area, the swells stopped.
We decided to stop at the beginning of the Murray Canal basically because we noticed another boat – just like ours. It turns out that it is a Hunter 420 Passage but two years newer (2003). The man helped us tie up and as soon as he opened his mouth, we knew that he was from Newfoundland. We had to compare boats of course, and they are almost identical. Too funny!
Anyway, he and his wife live near St. John’s and keep their boat at Iroquois. They are sailing around for most of the summer and have sailed extensively in Georgian Bay but also around the island of Newfoundland. Dennis’s ears really perked up when he heard this!
We had a good visit. Both of them are very nice, knowledgeable and very helpful.
Here are a few pictures of the canal, their Hunter 420 and of Lou – as you can see, we had a few good laughs! 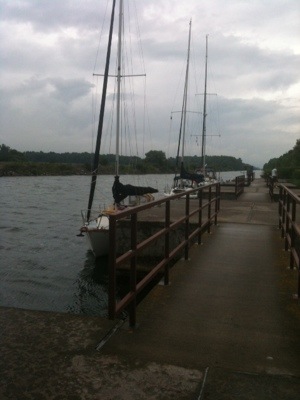 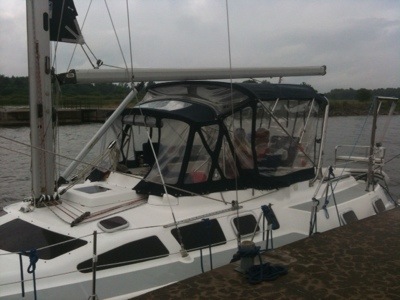 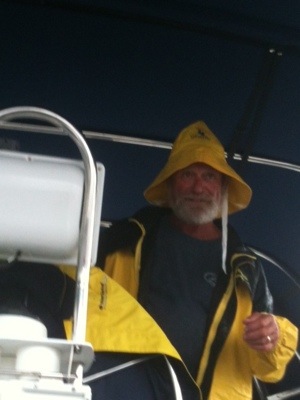